How to Counter Meepo

OK so Meepo is the Hero that everyone is going to be picking now. Meepo is an awesome hero. Its highly Micro Intensive , true but it rewards high burst damage very early in the game. I mean imagine a 560 damage dealing nuke spammable every 8 seconds. Imagine being disabled permanently (chain earthbind) . Imagine moving at a movement speed of 100. And the worst think about how many you are actually facing. 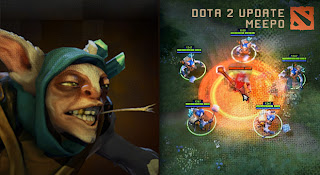 A lot of people get scared by the sheer number of clones that Meepo gets with him to gank. Running away from Meepo as many of you might have noticed is impossible. Some turn around and fight. Well that's a brave decision cause just in case you die then the XP meepo gains twice / thrice as much (depending on his level / number of clones) . Remember a Meepo always outfarms and out levels you (that's in the case that he is playing well) without kills.

OK so lets go through some heroes that people say counter Meepo. 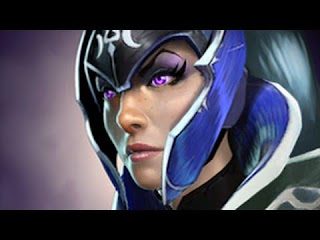 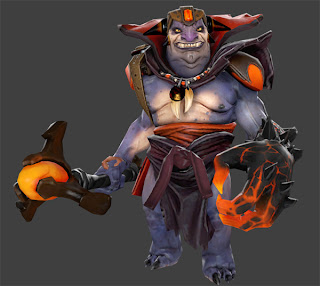 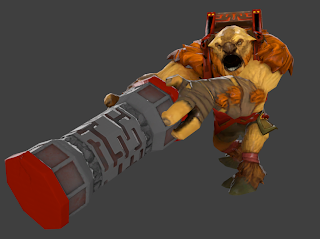 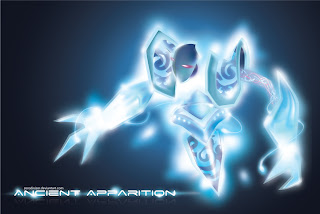 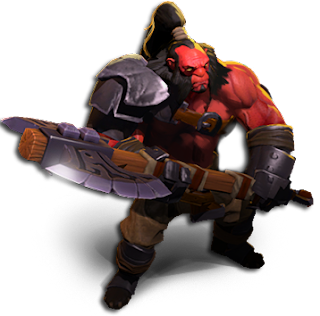 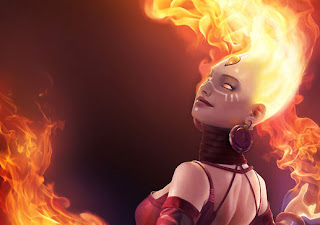 etc. etc.
Let me tell you the reasons why these heroes have been chosen
Now there are two schools of thoughts for Meepo
One is that you focus down one Meepo.
The second is that you damage all the Meepos.
Let me talk about both of these. Focusing One Meepo seems plausible to really kill off Meepo fast. So does this work. Can a Level 11 Lion really kill off a Level 11 Meepo fast?
The answer is NO. Im going to say everything considering that the Meepo player is a well versed player and knows how to play Meepo properly. OK so lion is going to stun all the Meepos first/ hex one Meepo first. But what after that. Meepo should be able to Chain Net him (during this time he cannot cast any spells neither can he do much else). And Meepo Kills him. You'd say that lion uses his ult first , gets one Meepo really less HP and then right clicks away from within net. Is that really possible.? Nope. Meepo can just coolly walk away. And we are considering a level 11 Meepo . So he should have that Mekansm by now right?  Remember we considered the above discussion assuming that the Meepo and Lion are both the same levels. That is never going to be the case. A Meepo always outlevels other heroes in the Map (unless he feeds  :p which our meepo wont) .
Ok so the second point was damage all the Meepo's. You have heroes such as Sven , Magnus, Lich , Enigma. These heroes have either cleave damage or they have huge AOE spells. Well they do not counter Meepo . How do i say that.  A proper Meepo who has got a blink dagger chain silences his enemy to death. You would never know what hit you and all of a sudden you are dead. Doing this over and over again, Meepo gains a huge level advantage over his opponents. His farm accelerates constantly and remember he is a hero which does not require much of items as it is.
There are some disadvantages to picking Meepo too. Meepo isn't the best laner. He has very less HP though quite a good base damage. But he cant do shit against ranged heroes early game. Usually when i pick Meepo i like going Mid. Mid lane is so safe for Meepo i feel.
When you are playing Meepo and you are in mid lane remember :
Your exp is much more important than your farm , so every moment you get try and stack that level 1 creep camp. Make sure that you do not die. If some stupid player tries to tower dive you remember to net him , its almost a kill assured . After you level up till level 7 you can do some macro farming. All you need to do is two poofs and you get the entire creep wave, then you go to the jungle to farm. Get you PT, Mekansm, Blink up real fast and go on a ganking trail.

Meepo should be owned in lane, he should get the bare minimum and should be killed.

But a Meepo has his prime time. If the game goes very late Meepo cannot stand against most carries. He has his prime time depending on his levels. A proper meepo player should be able to know when to push and finish the game. Getting Assault Cuirass is extremely useful for Meepo.
Posted by Unknown at Friday, September 21, 2012